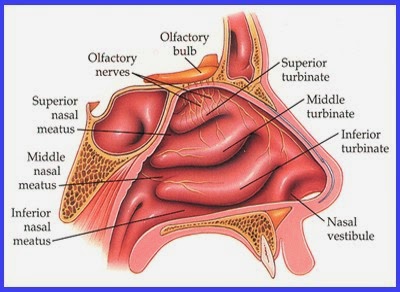 Empty Nose Syndrome (ENS) has unfortunately been a controversial diagnose amongst Otolaryngologists (ENT physicians).  Many ENT physicians in the past refused to seriously acknowledge the patients moderate to debilitating and paradoxical symptoms which developed after re-sectioning of the inferior turbinates (I.T's) in particular the anterior portion or whole I.T. and/or part of the middle turbinates. Victims of ENS had suffered double victimization because their  surgeons would defensively and reflexively write them off simply as unhappy patients who must of coincidentally developed a latent mental health problem after their turbinectomies.  There are still some obstinate ENT physicians that still reject the diagnoses outright but many are finally waking up largely due to the ease of information available on internet where publications have scientifically explained the victims host of complaints.
http://archotol.jamanetwork.com/article.aspx?articleid=484831

The person most responsible for shedding light on this topic was retired surgeon Dr. Eugene Kerns of Mayo Clinic in Rochester Minnesota. He is credited for coining the term Empty Nose Syndrome.
It was after two of his ENS patients committed suicide that he decided to devote more time to this unknown misunderstood condition. Both patients led normal active lives prior to their turbinate surgeries with no history of mental illness. In 2000 Dr. Kerns gave a taped lecture on Empty Nose Syndrome to fellow rhinologists, Dr. Kern tells his audience that the nasal mucosa “is the organ of the nose.” He outlines the four main function of this organ: “Olfaction, defense, respiration, and cosmesis.” ‘Please think of it as an organ system, just as you think of the lungs, the liver…the kidneys, as organ systems.” He points out that his Empty Nose Syndrome patients lack cilia, lack functioning mucosa. “When we remove functioning tissue what happens?” he asks. “When we destroy mucosa…these respiratory functions and defensive functions can be significantly compromised. When we convert a nose to a mouth….it’s not aerodynamically efficient…wide open noses do not function…” “How much tissue can you remove and still have normal function? We know you can remove probably eighty to ninety percent of a liver and still have normal liver function. You can remove a kidney…and have the second kidney and still have normal function. How much nose can be removed? I don’t think we know that.”
He says it took about six years, on average, following surgery, for the residual tissue of the nose to fail, in his Empty Nose Syndrome patients.
https://ens3.wordpress.com/2010/02/17/dr-eugene-kern%E2%80%99s-empty-nose-syndrome-lecture/

In past decade Dr. Steven Houser has been recognized as a pioneer in the field offering surgical acellular dermal implant (alloderm)  and injectable liquid alloderm (cymetra) for ENS. Alloderm implants have already been implanted successfully for a few years now in a small but growing number of ENS patients. At four years follow-up, results seem stable and encouraging. It seems that Alloderm implants can't fully cure ENS but can help alleviate the symptoms with various degrees of success, depending on the individual condition of each patient. It is difficult or virtually impossible to use Cymetra on its own to achieve a large volume implant, but it can be used successfully to further augment prior Alloderm implants, thus perfecting the initial result achieved with regular Alloderm.
http://en.wikipedia.org/wiki/User:WatchAndObserve/ENS#Treatments

Does the Method of Inferior Turbinate Surgery Affect the

Development of Empty Nose Syndrome?
Steven M. Houser
Pub date:Feb 10, 2014
ENS, fortunately, is extremely rare. The degree of mucosal damage
relates more directly to the development of ENS than the volume of
excised tissue. Most surgical patients will never develop ENS.
Turbinate surgery should only be considered if medical management
(e.g., allergy medications in the face of allergic rhinitis) has failed.
Using the least invasive process to effect airway improvement in the
face of turbinate enlargement is then wise. Turbinate outfracture
appears safe, as do conservative submucosal reduction procedures.
Turbinate excision should be restricted to disease processes that
prohibit lesser approaches (e.g., cerebrospinal fluid leak repair may
necessitate middle turbinate sacrifice). Turbinate reduction
approached via mucosal damaging procedures (i.e., surface cautery
and laser reduction) should be abandoned in favor of safer techniques.
http://scitechnol.com/does-the-method-inferior-turbinate-surgery-affect-development-empty-nose-syndrome-QZPm.pdf
Poster nose1 on ENS forums has stated even a smaller amount of tissue being removed in such a way that leaves the mucosa damaged can lead to severe ENS symptoms. For example, turbinates that have been cauterized can result in quite severe ENS symptoms.
http://guest.fr.yuku.com/reply/33518/Questions-about-PRP#reply-33518

The term Empty Nose Syndrome fits descriptively well with those who have a structural turbinate deficit. But for those with nasal mucosa dysfunction and little to no structural deficit perhaps a more fitting term would be Nasal Mucosa Dysfunctional Syndrome (NMDS), if I may be so bold to coin a condition. Some who have had their turbinates excised will more likely have a combination of the two. The degree of how much mucosa is damaged/removed will likely coincide with the severity of one's symptoms. In regards to the Inferior Turbinate there's another factor at play. In partial resectioning of the I.T.  resectioning of the anterior portion is much more likely to result in ENS  then resectioning of the posterior portion of the I.T.  I myself can testify to this because my first turbinate surgery consisted of lateral and posterior excision of the I.T's. This did not cause me any ENS. However after my anterior portion was removed in another surgery years later i started to develop some of the symptoms associated with ENS. However I should point out a caveat here is that almost all my left I.T. is now missing. I don't have all the symptoms likely b/c my anterior portion was excised submucosally.  However inbetween those two surgeries I had underwent a cauterization procedure.  Note: I also did not experience ENS symptoms after my cautery of the I.T's where I then had partial lateral anterior I.T's and medial flap of the mucosa which was rolled up to form a smaller medial turbinate performed by the surgeon who performed my first turbinectomy.

Another treatment option now being explored for reducing ENS symptoms is PRP or PRL injections into the nasal cavity.
PRP (Platelet-Rich Plasma)

Blood is taken from your body and put in a centrifuge. In the centrifuge the blood platelets will be separated. These platelets have great healing abilities which also work in natural wound healing. The out-coming concentrate can be injected to the damaged tissue.  The platelets collected in PRP are activated by the addition of thrombin and calcium chloride, which induces the release of these factors from alpha granules.. The growth factors and other cytokines present in PRP include:[1][2]
PRP has been applied for a some time in different applications (for e.g. nerve injury, bone repair and oral surgery), but only for a relatively short time for the nose.

The PRP might bring the nasal mucosa to a healthier level.
http://en.wikipedia.org/wiki/Platelet-rich_plasma

PRL is combining PRP with a lipotransfer.
A lipotransfer is taking your own fat and placing it to another part of your body. The fat contains adult stem cells, which showed good regenerative effects. The stem cells in the fat can be enriched.
Lipotransfers are used for example in breast augmentation/ reconstruction, smoothening wrinkes and other tissue defects.


The therapy consists in the matching between platelet growth factors  and mesenchymal stem cells from adipose tissue taken from the abdomen / buttocks / hip of the patient, through a small liposuction under local anesthesia.

The adipose tissue is centrifuged and purified and subsequently combined with PRP: is thus obtained a compound called PRL (Platelet Rich Lipotransfer), which will be injected in the nasal mucosa in order to stimulate the regeneration of the turbinates and of other atrophic areas in nasal cavity.
http://www.rhinoplastysurgery.eu/ens-cure-prp-prl.html
http://www.hindawi.com/journals/bmri/2013/434191/

PRP & ACell Implants now available at US Institute for Advanced Sinus Care & Research
The newly created US Institute for Advanced Sinus Care & Research is now offering platelet-rich plasma injections combined with acellular dermis implants for patients with Empty Nose Syndrome. The Institute is physically located in Columbus Ohio.  Dr. Subinoy Das, former Director of Sinus Surgery at The Ohio State University, Audit Chair and Fellow of the American Rhinologic Society, and winner of the 2013 Fowler Award for the Top Basic Science Research Project in Otolaryngology is the new Medical Director.  The Institute collaborates with leading otolaryngologists throughout the
world in an effort to provide patients with advanced and rare sinus diseases with cutting edge therapies.
http://guest.fr.yuku.com/topic/5533/PRP-ACell-Implants-available-Institute-Advanced-Sinus#.VKm1KXugTO8


Because of its simplicity, safety, and fairly good, but impermanent clinical effects, HA injections appear to be worth considering in less severe forms of ENS. http://www.ncbi.nlm.nih.gov/pubmed/21679513

Study of inferior turbinate reconstruction with Medpor for the treatment of empty nose syndrome.


CONCLUSION: The reconstruction of inferior turbinate with Medpor is a new promising approach to treat patients with empty nose syndrome.

N.B. My understanding is that medpor is difficult to remove if need be since it incorporates itself with other surrounding tissue's. Therefore one should be skeptical to this approach using medpor, silastic sheets (silicone) or any unnatural products inside the nose.

Welcome to my site

I have accumulated a relatively large number of posts over the past 10 years filled with pertinent and extensive information to help those who are contemplating revision rhinoplasty. I believe this site will help you to decide whether to proceed with another surgery and/or make a much more informed decision(s). I have also taken the time to respond to those that have contacted me by email. I would like to continue adding posts to inform you of latest breakthroughs & concerns in regards to revision rhinoplasty. If you agree and are able to help I would appreciate you clicking on the below link at Patreon. WE ARE IN THIS TOGETHER.

Any questions can be forwarded to: noserevisionpatient@hotmail.com 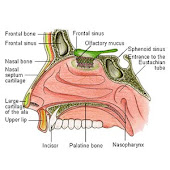